17th June 2015, The NSPCC
MDC held a brief vigil outside the National Society for the Prevention of Cruelty to Children’s “How Safe are our Children?” conference at the Royal College of Physicians, 11 St Andrew’s Place, London NW1 4LE. 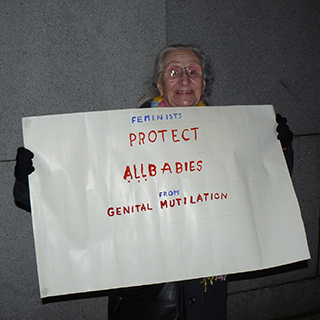 Iris Fudge taking the message to the NSPCC outside the Savoy Hotel for International Men’s Day. We had a great attendance, twelve demonstrators, on a very cold night by the Thames.

7th September 2014 Protest by the Gherkin for the NSPCC’s fun run. 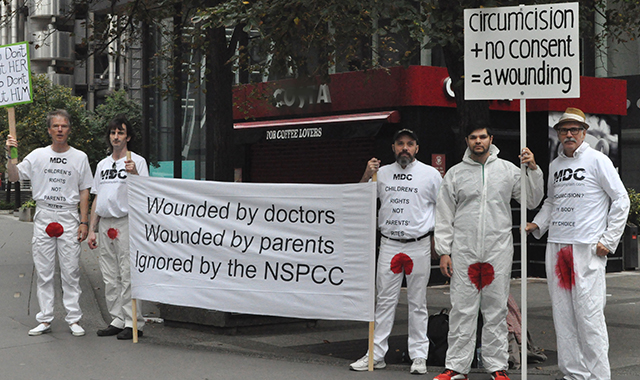 Cardiff 2011 where it all started 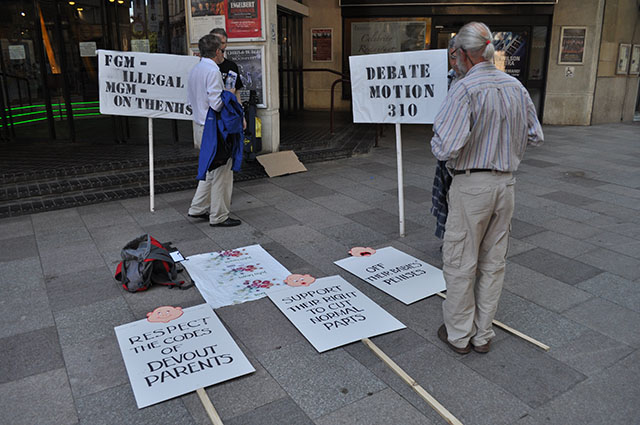 A brave attempt to get the movement started.