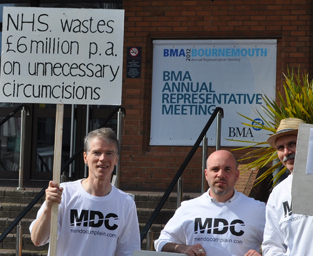 Our mission was to support the doctors from the Secular Medical Forum who proposed motion 336; the motion called on the B.M.A. to debate the ethical, medical and financial issues surrounding the circumcision of non-consenting males. 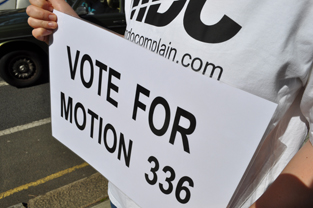 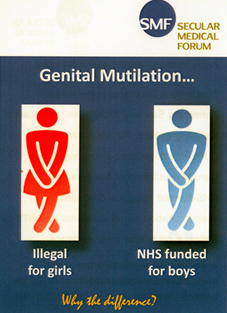 Disappointingly motion 336 was not chosen to be debated. The reception that we received  in 2011 at the Cardiff meeting was slightly confrontational; this year those opposed only showed us the cold shoulder and there were more delegates supportive to our cause than last year. Thank you to all who turned up and to all who supported us behind the scenes.