Our demonstration in Parliament Square for International Men’s Day attracted a lot of attention. A debate inside the House on male suicide resulted in Male Genital Mutilation being mentioned in the Commons. At the end of his speech opening the debate Philip Davies said this:-

There are so many other areas where men are being discriminated against, or are suffering more than women. Unfortunately, I cannot go through them all now. If they are not raised by other Members today, I hope we will have similar debates in the future, so that I can highlight the further problems faced by men. Some of the issues that I do not have time to get to include: male circumcision and its effects on some men; the fact that men suffer from anorexia and bulimia, too; the health effects of men not seeking help early enough to prevent their conditions from getting worse; the fact that men tend to live shorter lives than women; and the fact that boys underachieve in school.

We had a lot of support from Justice for Men and Boys (and the women who love them) and representatives from, 15square, Healing Men and others working with men and boys. Thank you to all who turned out and braved the weather, it never really got dry or light! 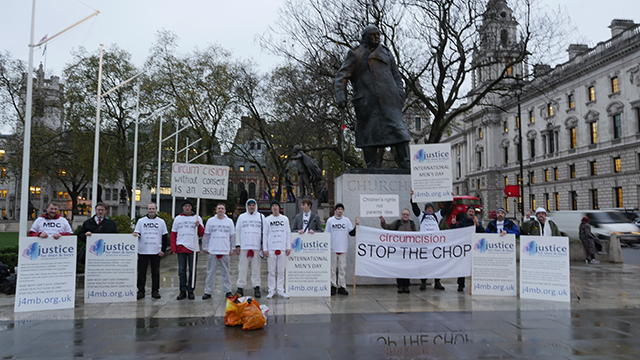 One thought on “Mentioned in Hansard?”