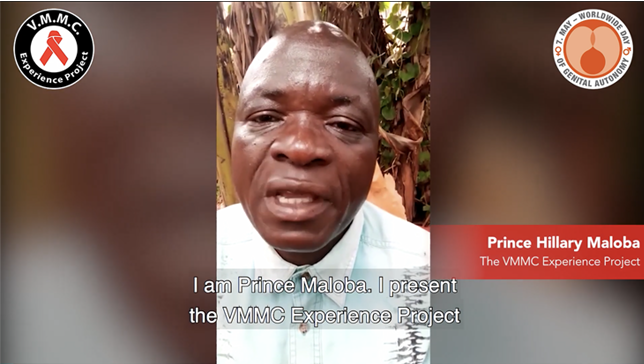 To mark the 8th anniversary of the Cologne Court’s ruling that non-therapeutic circumcision should be seen as actual bodily harm.
MOGiS have organised a series of video statements from organisations concerned with protecting all children from non-therapeutic genital cutting. The YouTube playlist is here.

In Manchester this year the man, above, was convicted of raping more than a hundred men. It is not at all surprising that he was sentenced to a long prison term.

Consent is the main issue with rape, there is nothing wrong with sex; if it is your choice to have intercourse. If you don’t consent to sex then it is rape. We don’t as a society say oh well men can’t get pregnant and we don’t say date rape is fine “he won’t remember it”. The courts quite rightly hand out severe sentences to those convicted of rape.

We should view male circumcision the same way. There is nothing wrong with circumcision if it is your choice. What is wrong is circumcising a child who lacks the capacity to understand the possible consequences or to give informed consent.

Is there a religious exemption?

There is no human right to impose your religion on another person. The human right to freedom of thought conscience and religion [17] is a qualified right in that you cannot use your right under that article to override the rights of any other person.

Whatever the claimed benefits, such as, he will want to look like his father, he will want to fit in with his peers, or community. All of these have to be weighed against the irreversibility of the procedure and the justifiable sense of loss after having had a normal body part removed.

There have been two studies in America, a commonly circumcising culture, that show between 10% [16] and 13% of men circumcised as children resent what was done to them.

In the light of these studies we should do more to protect children from all forms of non therapeutic genital cutting.

Today with great sadness we learnt of the death of Iris Fudge. M.D.C. has lost one of its staunchest supporters. Iris was a long time campaigner for the rights of all children: boys, girls and children born with atypical sex characteristics, to grow up with intact genitals, until such time as they might give meaningful consent to any treatment or modification. Iris will be greatly missed; her courage, sharp mind, humour and good company made the many demonstrations she attended worthwhile events.

The story reproduced below was reported by Adam Lusher writing in the Independent on the 26th of December 2018.

A two-year-old Nigerian boy was recovering in hospital in Rome yesterday after an unauthorised home circumcision. His twin died after being subjected to the same procedure.
Francesco Menditto, the public prosecutor in the town of Tivoli, said that a 66-year-old American citizen of Libyan descent, identified only as EF, had been arrested and charged with manslaughter, causing grievous bodily harm and unauthorised exercise of the medical profession.
The attempt to remove the boys’ foreskins was carried out in their home in the neighbouring hilltop town of Monterotondo. Mr Menditto said the cause of death had not yet been established but Italian media attributed it to excessive blood loss or an anaesthetic overdose. Equipment had been seized at the home of the arrested man, indicating a habitual practise of the medical profession for which he was not authorised, the prosecutor said.
The twins were born in Italy in January last year to a Nigerian woman aged 35 who had been granted humanitarian protection by the Italian authorities. She was living in an apartment managed by an Italian charity that helps migrants to integrate into Italian society.
Neighbours said that the woman, who has five more children in Nigeria, was a caring mother who was studying Italian and had worked for a charity organisation in Nigeria. Identified as “Rosemary” by Corriere della Sera, she was said to be Catholic but to have requested the circumcision so that the children would fit in in Nigeria, where Islam is the most widely practised religion. The newspaper said that she had initially asked a local doctor to carry out the operation but had been told it was not possible.

More than 5,000 circumcisions a year are performed in Italy, with more than 35 per cent conducted at home in a clandestine manner, according to Foad Aodi, founder of the Association of Foreign Doctors in Italy.
Dr Aodi said the relatively simple procedure could cost up to €4,000 but only €30 on the black market. “We have been campaigning for years in favour of legality and the right to health and religious respect for everyone and against every form of illegality and do-it- yourself cures,” he said.
Claudio Graziano, a representative of Arci, the charity that was supervising Rosemary’s accommodation, said they had had no idea that she was going to organise a clandestine circumcision. “The mother was integrating well,” he told state television. “We are very upset at what has happened.”
The charity said it would participate as a civil plaintiff in any prosecution of the doctor.
A number of children have died from botched circumcisions recently, most notably in Turin in 2016. There were earlier cases in Bari and Treviso.
Antonella Pancaldi, a councillor responsible for social policy in Monterotondo, said that the town had hosted 160 migrants over the past ten years and had had only one other request for a circumcision. On that occasion the mother had arranged to have the operation performed in safety in the Jewish hospital in Rome, she told a local television station.
“From what we understand, circumcision is widespread in all of Africa, independently of the religion to which people belong. It’s a practice rooted in tradition, rather than religion,” she said. “We have to take account of the fact that many people feel this need.”
The problem, Ms Pancalli said, was the cost of the operation in Italy for people with scarce resources.