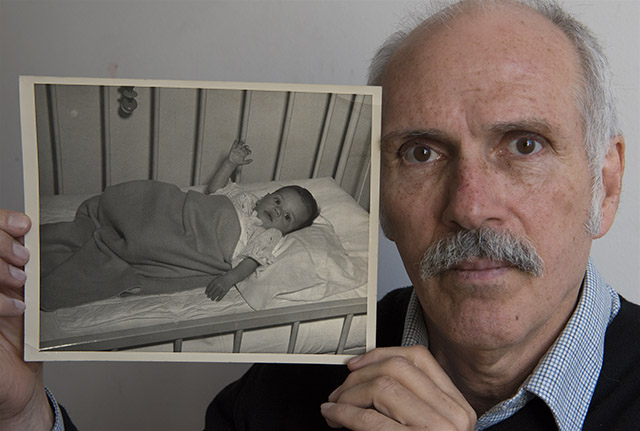 The photograph above was taken as part of a project for Intact America, the brief was to “find a photo of yourself as a baby and photograph yourself with the picture next to your face so that both can be seen”.

I asked my Mum if there were any pictures of me as a baby that had survived; to my surprise she said that there were pictures of me taken approximately eight days after my birth on the 6th of November 1949. My mother’s interview, below, indicates that I was circumcised the day before the picture was taken which would have been Sunday 13th November 1949.

1949 was also the year in which a landmark paper was published in the British Medical Journal on the 24th of December. The first paragraph of “The fate of the foreskin” by Douglas Gairdner contains this statement.

“It is a curious fact that one of the operations most commonly performed in this country is also accorded the least critical consideration. In order to decide whether a child’s foreskin should be ablated the normal anatomy and function of the structure at different ages should be understood; the danger of conserving the foreskin must then be weighed against the hazards of the operation, the mortality and after-effects of which must be known. Though tens of thousands of infants are circumcised each year in this country, nowhere are these essential data assembled. The intention of this paper is to marshal the facts required by those concerned with deciding the fate of the child’s foreskin.”

That is laudable aim. Sadly as the years have passed any evidence that brings the ancient practice of male circumcision into disrepute has been sidelined and ignored by the media, medical establishment, community leaders and politicians. A look at what Gairdner hoped would be studied and evaluated reveals a sorry picture.

Danger of conserving the foreskin.
The British Medical Association in their guidelines on male circumcision says:

“In the past, circumcision of boys has been considered to be either medically or socially beneficial or, at least, neutral. The general perception has been that no significant harm was caused to the child and therefore with appropriate consent it could be carried out. The medical benefits previously claimed, however, have not been convincingly proven, and it is now widely accepted, including by the B.M.A, that this surgical procedure has medical and psychological risks.”

This quote indicates that the B.M.A. believes there are no benefits. The section also fails to point to a single danger of conserving the foreskin, there is no cohort of men suffering from an intact foreskin.

Mortality.
There are deaths as the recent case in Manchester illustrates. Death is one end of a spectrum of harm that is glossed over by the authorities. The moment that a doctor, or anyone else for that matter, takes a scalpel and cuts a child who has no disease there is harm being done. The basic principle of medical ethics “do no harm” is ignored every time a doctor performs a non-therapeutic circumcision on a person who cannot consent.

After effects – psychological risks.
I have no conscious memory of my circumcision, though I feel there is a legacy left in my brain. I am not subject to fears or phobias yet I have an absolutely visceral dislike or dread of buttons and it’s most intense manifestation is white buttons on a bright white background. Is this a lingering image of the buttons on the nurse’s uniform as she restrained me during the procedure?

Far fetched? Perhaps not; observations of premature infants in neonatal units who are subjected to several heel pricks for the purpose of obtaining blood samples are seen to be more susceptible to experiencing  subsequent pain. If so, that would imply the functioning of memory at a very early age.
Work with babies by Dr Bruce Perry has shown that babies can recognise their mother’s face within a day of a full term birth. This could mean that I might have been able to form an image at the distance between my face and a uniform.
Taddio et al in their paper “Effect Of Neonatal Circumcision on Pain Response
During Subsequent Routine Vaccination” [14] report that:

The researchers then went on to say,

“It is, therefore, possible that the greater vaccination response in the infants circumcised without anaesthesia may represent an infant analogue of a post-traumatic stress disorder triggered by a traumatic and painful event and re-experienced under similar circumstances of pain during vaccination.”

This could point to post traumatic stress disorder as the source of my morbid fear. In the
” Diagnostic and Statistical Manual of Mental Disorders” the factors that would indicate a diagnosis of PTSD make interesting reading;

2. Persistent re-experiencing.
Dreams, flash backs or “intense negative psychological or physiological response to any objective or subjective reminder of the traumatic event.”

3. Persistent avoidance and emotional numbing.
Many circumcised men avoid talking about the subject of circumcision. No one knows how many men feel about their circumcision status though there is some evidence that at least 15% of men circumcised without their consent are unhappy with their status [5].

4. Persistent symptoms of increased arousal not present before.
These might be sleep difficulties, anger, inability to concentrate, hyper vigilance and an increased startle response.

5. Duration of symptoms for more than 1 month.

I can fit aspects of my behaviour and experience into the categories outlined above. Whether or not I am affected by an “infant analogue of post traumatic stress disorder” is open to question, however there is clearly an area of the “after-effects” that Gairdner said should be known before ablating the child’s foreskin that needs further study.

After effects – physical and functional.
With the work that has been done in neurology, physiology and anatomy it is quite easy to justify the statement that, a man circumcised before puberty will never know what the sex act should feel like. Sadly someone such as myself does not have the necessary nerves, blood vessels and skin for the complete experience.
At a population level there is work that has been done that shows there are physical and functional after effects from circumcision. 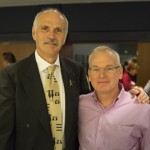 Tim Hammond’s (pictured right) survey of circumcision harm is an excellent starting point for anyone who thinks circumcision is just a little snip with a minimal downside. I warn you that the images on Tim’s site are likely to shock and educate.
The study “Male circumcision in Denmark – implications for sexual function in men and women” Morten Frisch (a reference to this will follow) shows a marked increase in orgasm difficulties in both partners where the man is circumcised.
It is important to bear in mind that if a man grows up with a foreskin that does not develop normally and is uncomfortable or painful during sex or masturbation then he may well be better off with a circumcision but it should be his informed choice having been offered all the options for conservative treatment.

Critical consideration.
Human rights was in it’s infancy when Gairdner’s paper was published, though, were he writing today, I feel he would have not been blind to the issues that the non-therapeutic circumcision of children raises. Medical ethics have been around for a long time and should be adhered to, “do no harm”.
The victims of circumcision without consent are ignored and ridiculed for wanting to see an end to the practice. 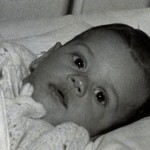 I have been told to move on, get over it, pull my socks up and a variety of other such phrases. So here I am sixty three years later a victim turned activist; the path to activism is my way of getting something positive out of a very complex emotional situation. I think that the baby I am looking at in the picture has already forgotten the physical pain, and apart from urinating onto an open wound which must be distressing looks relatively happy. It is the man that the baby has become who will never forget, or be able to ignore the events surrounding his birth. Men should demand that future generations are protected from what is evidently a harmful practice.